Another beautiful creation by Apple is born.  Apple recently released OS X Yosemite, with the primary goal of making it more user-friendly and more powerful than the previous OS releases. I have now used Yosemite for a few weeks and so far so good.  As most of you may know, I’m very new to Mac. I switched from PC to my lovely MacBook Air (with Mavericks)  just two months ago, and I have never been happier!

Compared to Mavericks (which I didn’t use for too long), Yosemite is sleeker and cleaner. Apple changed the dock from a 3D to a 2D appearance, and I know some people have complained about this new look (myself included), but I think that this design adds a simplistic feel to the whole thing and makes it so easy on the eye. Apple has also changed the icon and button designs to give them a more harmonious look and feel.

Apart from Yosemite’s look and feel, you will also notice some changes and additions such as Airdrop, and Spotlight (where you can search for basically anything). It’s now also easier to send large images of up to 5GB via iCloud.

Would I recommend OS X Yosemite? I love it so far, and I have not experienced anything negative from using it. 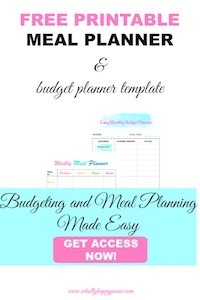 Success! Now check your email to confirm your subscription.

This site uses Akismet to reduce spam. Learn how your comment data is processed.

Wholly Happy Purse is a participant in the Amazon Services LLC Associates Program, an affiliate advertising program designed to provide a means for sites to earn advertising fees by advertising and linking to Amazon.com.